What is Kongobuji Temple?

The Charms of Kongobuji 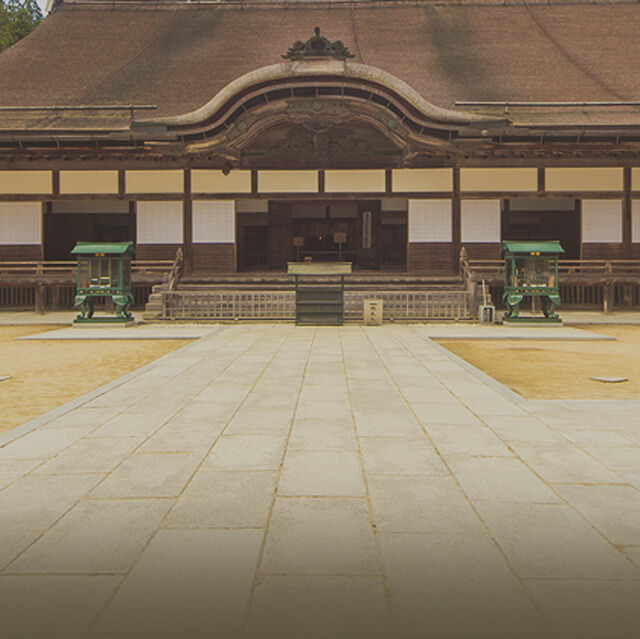 Koyasan is a sacred place for Japanese Buddhism, first opened in the Heian Period by Kobo Daishi.
The name “Kongobuji”conveys, “Kongobu-rokaku-issai-yuga-yugi kyo,” or “The Sutra of All Yogas and Yogis of the Pavilion with the Vajra-Top.” Koyasan has, beginning with the main hall at 60m east to west and 70m north to south, guarded by various other buildings, the area and grace of 48.295 square meters.

Story of the Founding of Koyasan 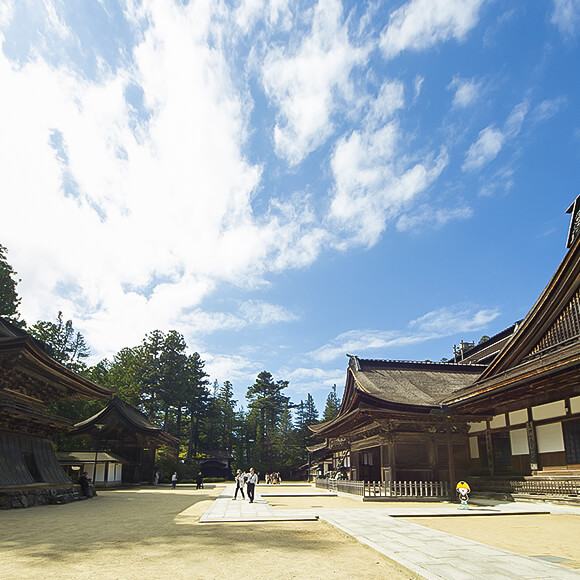 It has been said for ages that Koyasan was discovered by Kobo Daishi, far away from the capital.
The story goes that Kobo Daishi finished with 2 year study in China, and upon leaving home from the shore of Mingzhou, praying to find the location to erect a temple, he threw a sanko (ceremonial tool) that he was holding.

Holding a bow and arrow in his hand, he was leading two dogs, one black and one white. Kobo Daishi was lead by the two dogs, and crossing the Kinokawa River and entering the steep mountains, he encountered a woman saying, “I am the god of this mountain. I shall cooperate with you.” As they proceed to where the mountains were not steep, there was suddenly a quiet land.

Thus, stuck in a pine tree there, they found the sanko which had been thrown from the shore in China, and since this mountain would be an appropriate place for Esoteric Buddhist teachings, Kobo Daishi decided to open his temple here.

What is the Issan Temple Grounds? 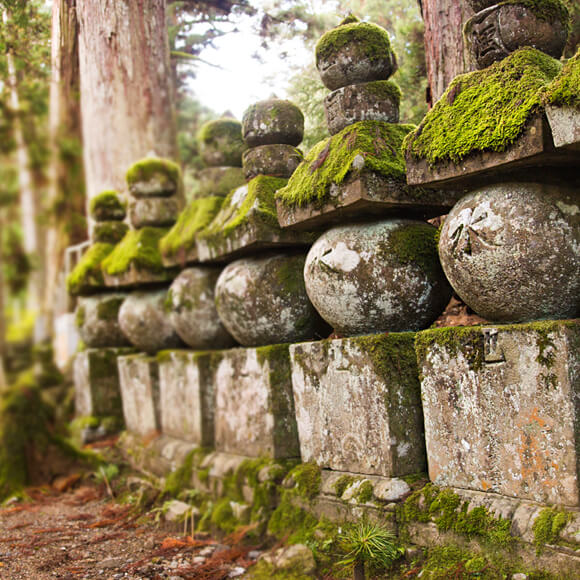 Well, you may be wondering where the main temple is. The main temple of Koyasan is the towering temple, “Kondo” the main temple of Issan. Nearly all major events at Koyasan are held at Kondo.
The temples dotting the grounds are called the “Tatchuu jiin” or “subtemples.” Adoring the virtue of Daishi, the entirety of Koyasan has been made the Daiji Main Kongobuji Temple, and was built as a small temple in the mountains. Currently, 117 temples exist, of which 52 are used as quarters, and offer lodging to all visitors to the temple.

Posthumous name based on the life of Kukai, given by the Emperor Daigo in the year 921.

Born in Enryaku 23 (804 AD). After the death of Kobo Daishi (Jowa 2, March 21 835), at the age of 30, he succeeded at the testament of Kobo Daishi for over 50 years, completed the Yugito Pagoda, various temples such as the Mirokudo, Shingondo, Junteido, and the Bell Tower, as well as the Konbondaito and Saito Pagodas that Kobo Daishi wished for.

A tool for Esoteric Buddhists, it is also called a Sankosho.
It is an item likened to that of a weapon in Indian legends, representing the Buddhists teachings of ridding oneself of desire and the mind seeking enlightenment.

From the head priest 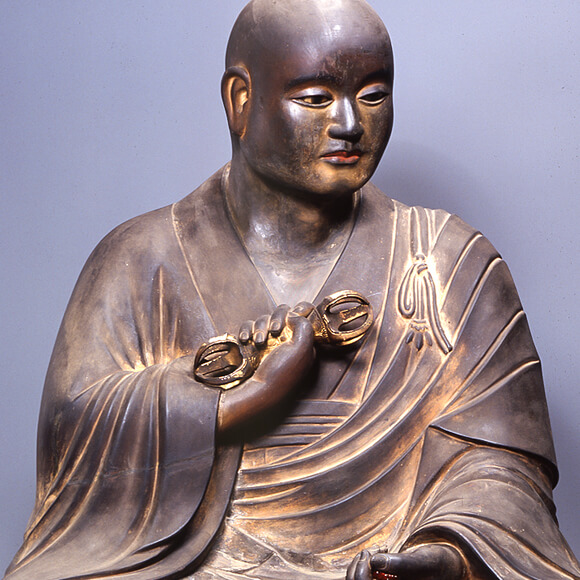 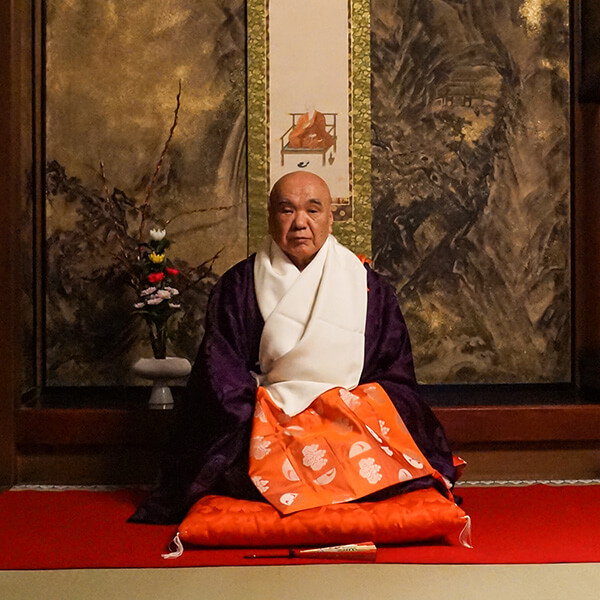