In 2015, Mount Koya greets the 1,200th anniversary of its founding by Kobo Daishi (Kukai) as a monastery for training. 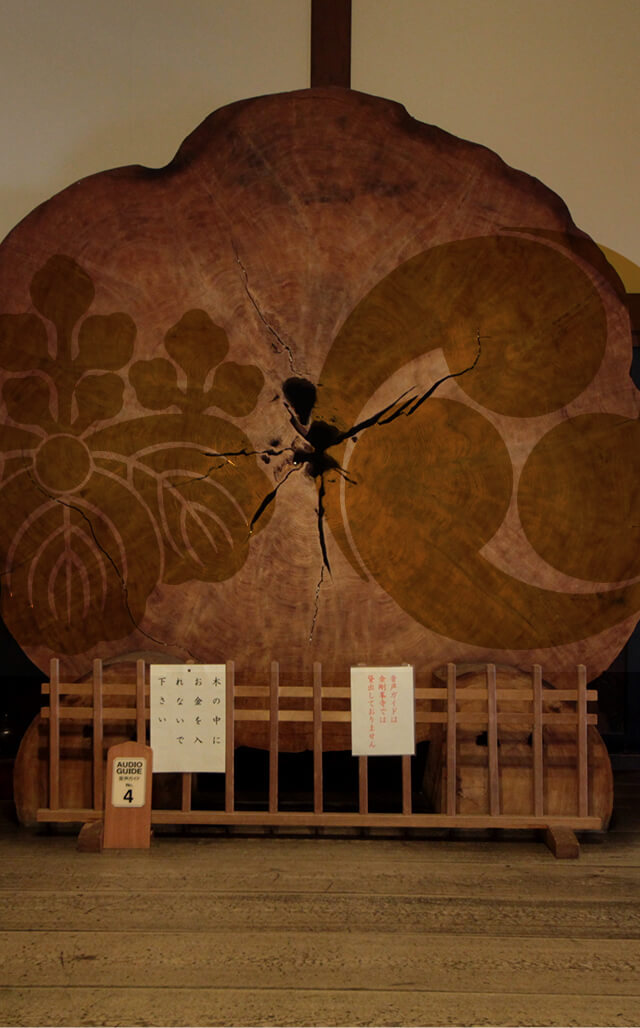 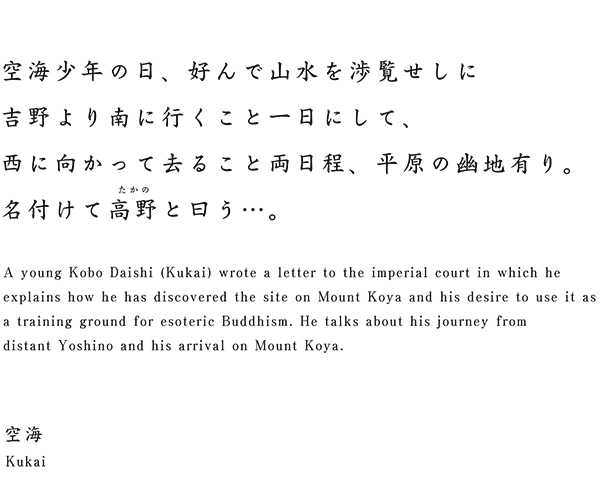 A young Kobo Daishi (Kukai) wrote a letter to the imperial court in which he explains how he has discovered the site on Mount Koya and his desire to use it as a training ground for esoteric Buddhism. He talks about his journey from distant Yoshino and his arrival on Mount Koya.

Kobo Daishi entered a university in the capital at Nara when he was 18. Universities like this one were based on a curriculum in Confucianism and geared at training bureaucrats, so they had ceased to focus on academic disciplines that could be of use in helping society and laypeople. However, Kobo Daishi, who wanted to change the world and help those that suffered, soon grew to see the limitations of this kind of schooling.

Temples in the capital city also possessed vast paddy fields and a terrain that seemed aristocratic in nature. The monks there violated the Buddhist precepts and seemed to live depraved, secular lives that differed in no way from the world outside. Dissatisfied with the corruption in the capital, Kobo Daishi left the university at age 20. He trained under Gonzo Daitoku at Makinoosan Temple and committed himself fully at that time to Buddhism. One theory says that Kobo Daishi went to Mount Omine in Nara to train in the forests, and that he had already explored an area at that time. 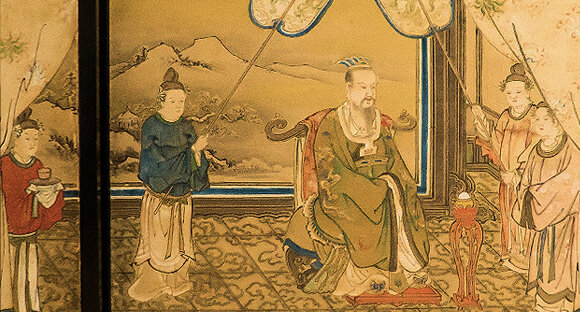 Koyasan retractor Second purpose of
The temple complex was built as a place to train people who could contribute to the health and prosperity of society. 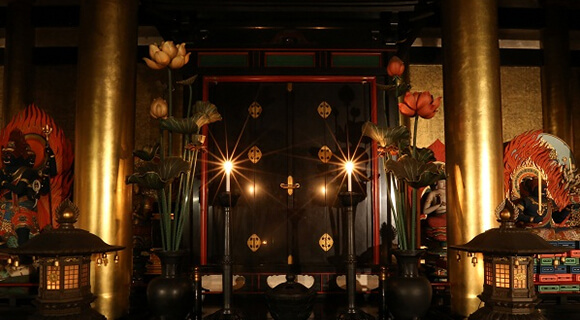 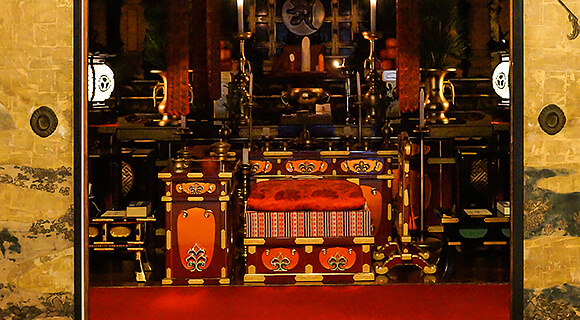 The reconstruction of chumon gate
/ The enshrinement of shiten statues 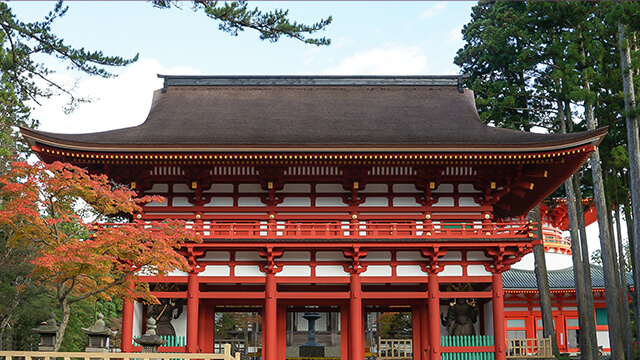 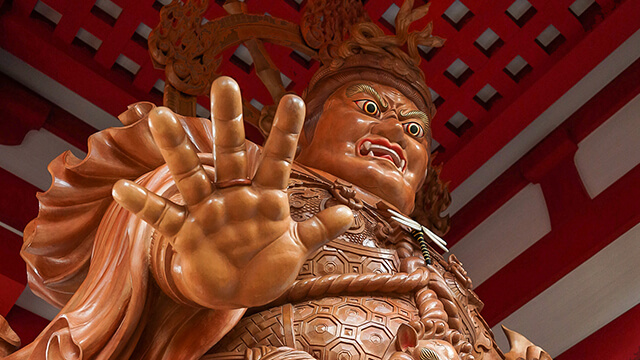 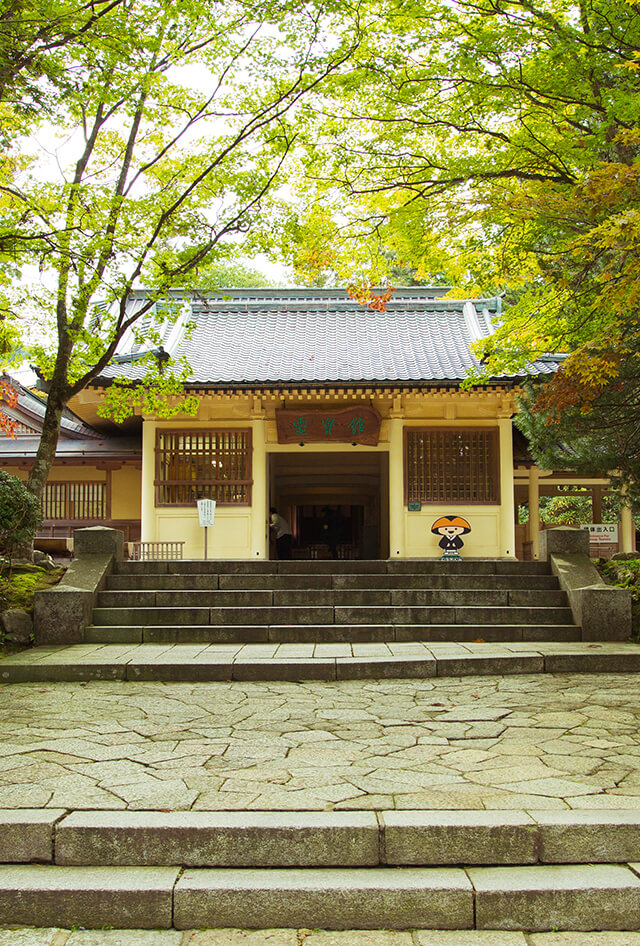 koyasan of your sacred
treasures