What is the Koyasan Shingon Sect?

The charms of Koyasan Shingon Buddhism 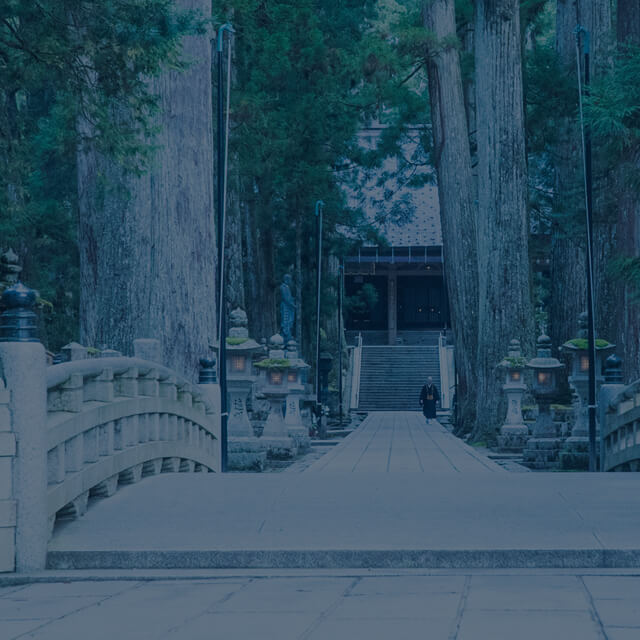 The Mausoleum of Kobo Daishi

As one discipline of Shingon sect esoteric Buddhism, training to obtain enlightenment 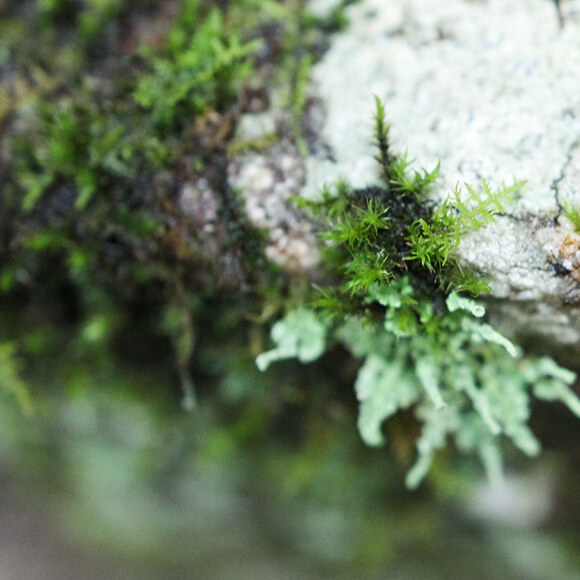 From Buddhism to Esotericism

Buddhism, has been counted as on of the world’s big three religions, along with Christianity and Islam, and was started about 2500 years ago in India, when the Buddha created the starting point to opening eyes to the “Teachings of the Buddha.” “Buddha” carried the meaning, “one who is awakened,” and explains the methods of cleansing the mind of agony and suffering. Buddhism has been called “human knowledge,” and early Buddhism draws a distinction from idol worship.

In such, observing discipline, meditating, and acquiring knowledge are stressed as the “three trainings,” and especially, “practice” is stressed. In early Buddhism, ideas of the Three Dharma Seals, 12 Omens, and the Four Noble Truths would go into the Mahayana era, and ideas of entrance into nirvana, the sky, and the potential within all living things to become a buddha were developed.

Buddhists born in India, before long, crossed back and forth Central Asia, handing down their idea to China and the like (Hokuden Buddhism). After that, in the 6th century, was imported to Japan. Again, Buddhism, by way of India and Ceylon, was imported in the 11th century from Burma (present day Myanmar) and Thailand (Nanden Buddhism).

In this way, Buddhism is spread widely all over the world, but the Shingon sect, begun by Kobo Daishi Kukai, within an esoteric type of Buddhism called “Mikkyou” was developed in the 8th century, the Golden Age in India, and developed thereafter.

The Shingon sect of Buddhism follows the doctrine of esoteric Shingon teachings compiled by Kobo Daishi (Kukai) in the Heian period. “Shingon” refers to the truth revealed by Buddhism. These teachings tell us that words and existence are inseparable, and that the true essence of Buddhism cannot be explained in human language. Instead, the words used in scripture embody the deep meaning and teachings found in phenomena around the world; they are signposts to true reality of all things. Kobo Daishi tells us that it is these esoteric teachings that are truth, and that esoteric Buddhism is the path to understanding them. By contrast, exoteric teachings are concerned with discerning meaning from the surface of things in the world. Exoteric teachings include the Mahayana teachings found in Hosso, Sanron, and Shomon and Engaku practices.

A few differences can be pointed out between esoteric “Mikkyou” Buddhism and exoteric “Kengyo,” but the very basic distinction is the method of practicing the knowledge of the meaning of a hidden secret. In Shingon, the Sanmitsukaji (Three secret healings) and the Sanmitsuyuga (three secret yuga) are spoken of, but it means the practice of meditation to focus on one point of the spirit (Sanmaji). As for its characteristics, the secret workings of the Buddha, body, mouth and thoughts and the workings of the Buddha, body, mouth, and thoughts of the devotee inspire each other reciprocally, and the distinction between the Buddha and the devotee disappears and the follower makes living peaceably essential. Kobo Daishi calls this way of things the “Nyuga Ganyu,” meaning that “the Buddha enters me and I enter the Buddha.” Kobo Daishi expressed that with Mikkyou Buddhism, enlightenment can be better realized, as compared to Kengyo, and says that there exist these incantations, Nyuga Ganyu, and practice (meditation). But then, from the late Heian period until the Kamakura period, the new kind of Buddhism entering the stage took influence from Shingon sect education and prayer, introduced the Mikkyou essence and value in one part, and as a rule, has meditation, for which it can not be said is lacking in Kengyo Buddhism. If another difference between the faiths can be brought up, it is the appreciation of the Buddha and bodhisattva.The Buddha and bodhisattva in Kengyou is a “person” who found enlightenment, and a “person” searching for enlightenment, but the Buddha and bodhisattva in Mikkyou are the truth of the universe themselves (dharma). The ones grasping this ”dharma” as a physical image are the Buddha and the bodhisattva. For that reason, the Buddha and bodhisattva in Mikkyou are called the “Hosshinbutsu (dharmic body).”

Kobo Daishi expresses that this Hosshinbutsu, or truth of the universe, being taught directly to us as an insight of truth is called the “Hosshin Seppo.” This space-time listening to the wisdom of this teaching will be the circumstance of the three mysteries incantation (Nyuga Ganyu). By that meaning, in the Shingon sect, the Buddha and the universe are a gift to the people, and also, is a basis for a prayer as a condition for the mysterious ability of the people to react, and according to that, understanding the insight of the Buddha, naturally accumulating pious acts, helping the people, and making them happy are regarded as the most important, so it can be said that it is a practical Buddhist sect. 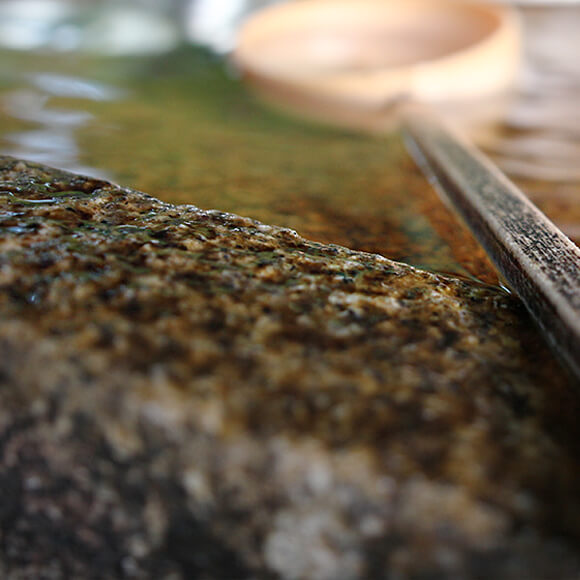 When monks perform “Otsutome, ” it seems like something rather difficult, and takes a rather exaggerated tone, but it is not something that is so difficult. When ”Betsuzen gongyo shidai (devotional service before the Buddha)” is given, the scriptures will be easy to read. The contents are completely Buddha’s “teachings.” Above all else, it is a great pious act to chant the “teachings,” and to choose and read the sutras that have been promised by the Shobutsu. Of course there is a memorial for the ancestors, so please slowly look into yourself and heal.

It is an act in which we want to revere the deceased in front of the domestic butsudan, contact spirit with the Buddha and the ancestors, and have a grateful spirit. So, we may practice our duties everyday with this spirit.

Before beginning the duties, sweep the butsudan.